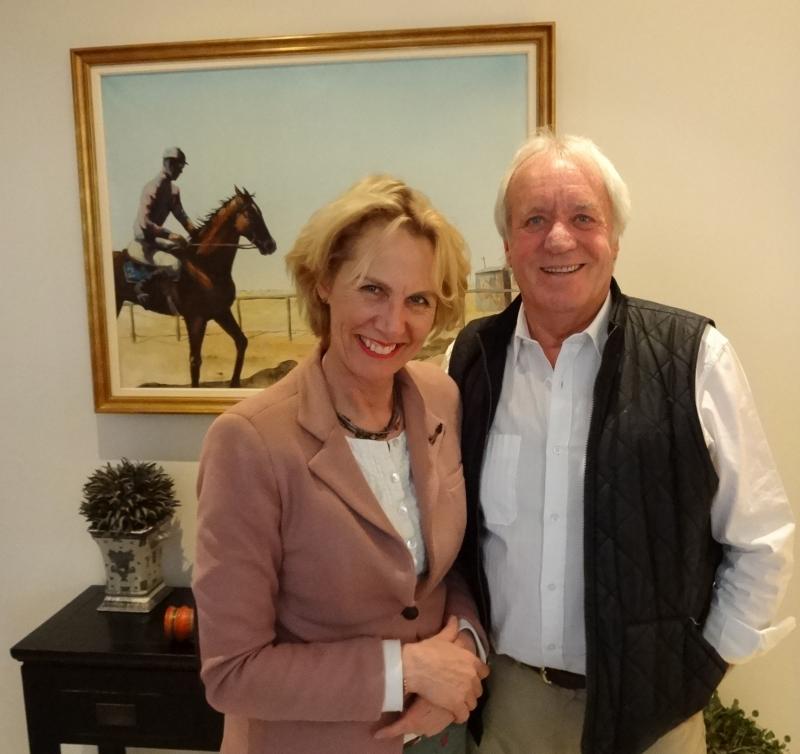 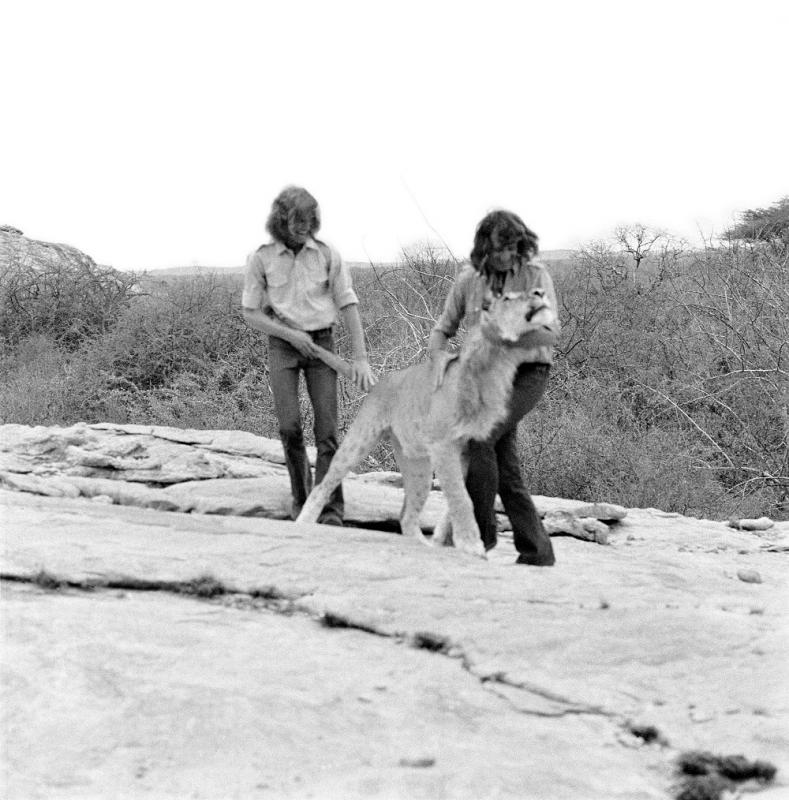 In 1969 two Australians called John Rendall and ‘Ace’ Bourke purchased a 3 month old lion cub from Harrods department store in London. They named him Christian and raised him in their flat on Kings Road. Almost a year later Christian was reintroduced to the African wild by ‘Born Free’ conservationist George Adamson. The reunion in 1971 between Christian and his human friends was filmed and still is a heart breaking YouTube sensation.https://www.youtube.com/watch?v=EZ-da0AZcRU
I met John in his Chelsea flat in London and spoke to him about Social Media, Success and Happiness.

What do you think about the social media and do you use it?
No, I don’t use it all: I don’t twitter and haven’t got a Facebook page. I am quite wary of it because I’ve seen some very unpleasant things happen to people. There was a recent example last year when the wife of Speaker of the House of Common’s wife, Sally Bercow picked up on someone’s blog that a man named Alistair McAlpine had been arrested in Wales on paedophilia charges. Without checking, she jumped in and assumed that this was Lord Alastair McAlpine, one of the senior figures in the Conservative Party. She posted this misinformation on her Twitter account. It was a monstrous thing to do and it took ages to unravel and to prove that it wasn’t Lord Alpine. But poor Alastair was naturally distraught and I believe this contributed to his early death. Mrs Bercow’s apology was very half-hearted and disgraceful.

Of course I do appreciate that Social Media can do positive things. You’ve just been talking to my son, Nicky who is publishing his first book (www.blackpenart.net).
He is following a process which his sister, Tallulah, has used very successfully.
She is a singer-song-writer based in Berlin, with a wonderfully innovative band www.tallulahrendall.com and has made three albums, all of which she has financed by ‘crowd-funding’ via Social Media. It has worked for her very efficiently and she has raised 30.000 pounds each time. So if you’re going to use Social Media for something positive, for example if you have a product, an exhibition, a publication or a music album, then I accept that it can indeed be a good thing!
I also acknowledge that sharing information on social networks can be advantageous for example about the George Adamson Wildlife Preservation Trust of which I am Trustee.
Social Media is important and very useful to the Trust. Tony Fitzjohn, George ’s former assistant and now Field Director of the George Adamson Trust and I, are all of an ‘age’ and did not grow up in a computer age. But fortunately we now have a junior committee to help Tony with the blogging and sharing on Facebook and Twitter. These ‘young turks’ have the support of Prince Harry who is a great defender of Wildlife charities.( www.georgeadamson.org)
What does success mean to you?
The opportunity to publicise the threat to Wildlife. I have a personal commitment to this cause and success for me, is the opportunity of having a platform to make more people aware of the threat to wildlife. From the 400.000 lions in Africa in 1970  there are less 20.000  today. Within 20 years there may be no lions. How tragic would that be?
What have you done to be where you are now?
I’ve always worked hard: in the property business, in journalism, in Public Relations and I did some filmmaking. It has made it possible to educate my children, share my concern for wildlife by taking them on safaris to Africa.
For me, wildlife is very important: it is a part of my life ,of our world family, and we must share, respect and protect it.
The huge success and impact of the YouTube film with Christian, the Reunion, has to do with the experience of both love and ‘loss’ in life. When I show the clip at schools and give my conservation talks, the children are clapping and cheering but at the back of the room you see the teachers in tears.
Why? Because we as adults, we have experienced separation. You always see people hugging and crying at airports… greeting family and friends. When we watch the Reunion, we get emotional because we are reminded of our own reunions and we recognise the love that Christian has for us. That love is even more extraordinary because it is between a wild animal and two humans.
Does success have to do with knowing the ' right people ‘?
Success allows you to cut through a lot of red tape; to get access to people. With fundraising for the George Adamson Trust it helps that I’m one of the guys from that Christian the Lion clip. Success is still hard work but knowing the right people helps.
What are your tips/suggestions to be (more) successful?
Hard work, training and ambition. I cannot stress enough:you have got to work hard and do what you feel passionately about. When an opportunity comes along, you are prepared for it because you know what it is you want. You can do an enormous amount of self-educating, by reading, travelling and meeting people with similar interests. Unfortunately young people don’t read very much nowadays. I think that is a shame; reading is such an education.

What does happiness mean to you?
I ‘ve got three very happy and healthy children who all do what they want to do.
All of them are very creative ( NB: John’s elder son Max, is a magician:
www.magicianmaxrendall.com )and they move in circles of creative friends. I am very enthusiastic about what they do. When I can help I help them and that makes me very happy too.

Have you been lucky?
Luck is also spelled skill. When you make a decision, all your experience and education guides you. You must be prepared to be lucky!
Also, I was lucky to have been born in Australia where we had no world wars. Australia is a very big and beautiful country with a lot of space were only thirty million people live. Yes, I have been very lucky!

Are you often being asked to do something for nothing ?
Yes mostly I’m lecturing at schools. I do this with the greatest pleasure .
I lecture at schools in the United Kingdom and in Africa.
At Mkomazi, the George Adamson Trust’s base in Tanzania, the staff and wardens travel from school to school explaining the value of wildlife  and show the children slides and films.
We tell the children that this wildlife is their inheritance and explain to them that telling a poacher in return for a few shillings where the lion is, means there will be no more wild game. No more tourists will come: the tourists who buy their mother’s vegetables, their father’s meat and that income will enable them to go to higher schools.

Do you mind  being asked because you're successful, famous and/or influential?
Of course it is really Christian who is famous. Everyone remembers his name. I am just ‘one of those guys who raised a lion in London’ but don’t mind being asked at all. I am delighted to do lecturing at schools and lead safaris, I do it with the greatest pleasure!

When do you help people?
I help where and whenever possible! Friends of mine come to me and ask if I can help their children with job introductions. I do help but it is important for me to be confident that the introduction is a valid one. And when it works, it is wonderful!